History Of the Peekskill Meteorite

On the evening of October 9, 1992, a meteoroid weighing more than two tons punctured Earth’s atmosphere. Brighter than a full Moon, sonic explosions accompanied its descent as it broke apart while sreaming across the sky in northeastern United States. The visual flightpath of the meteoroid extended for 450 miles before a small chunk of it—the only piece ever recovered—went through the trunk of a parked car in Peekskill, New York

The Peekskill fireball had a pronounced greenish color and was traveling northeasterly when it was seen to undergo catastrophic fragmentation at approximately 25 miles of altitude. This event was captured on video in multiple cities as a result of video cameras trained on high school football games reflexively panning upward to capture the phenomena in the evening sky.  See a selection of the best videos in the video gallery. Video of the Peekskill meteoroid's descent provided scientists with the opportunity to calculate its flight path to Earth and it’s orbit around the sun—one of the first such opportunities to the scientific community. As a result of its shallow angle of entry into Earth’s atmosphere, the fireball stretched for 450 miles. This historic meteorite earned a spot on the Science Channel's list of "Top Ten” meteorites, and a handful of scientific papers appear here. 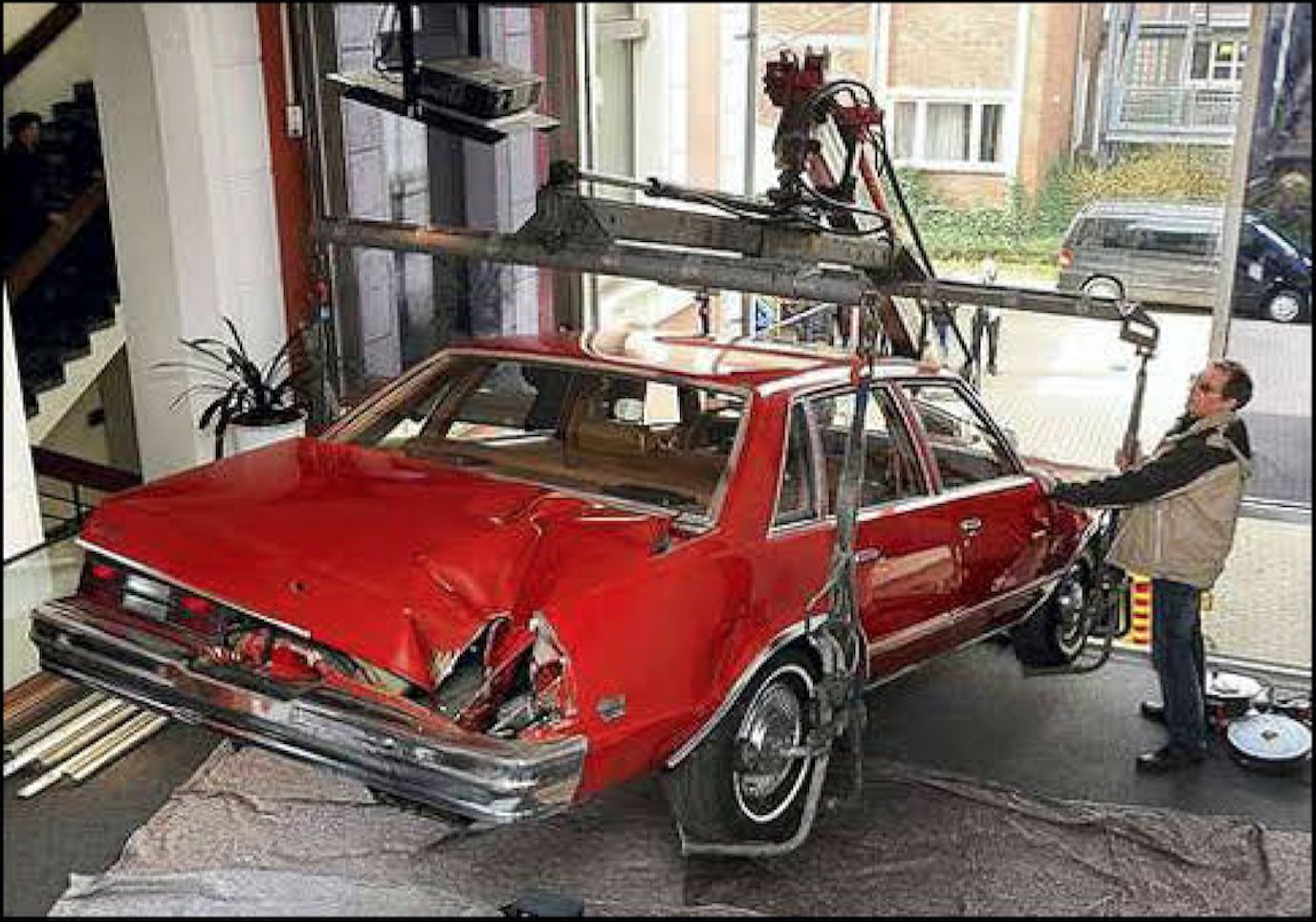 PMC on Tour and in the News

The Peekskill Meteorite Car ("PMC"), a 1980 red Chevy Malibu, is one of the two most famous objects struck by a meteorite (the other, Ms. Ann Hodges, died in 1972).  The PMC has appeared on display in trade fairs and museums throughout the world, including at New York City's American Museum of Natural History.  A handful of select references and newspaper clippings can be found here.

Specimens of this meteorite as well as the red Chevy Malibu are available for exhibition.  The PMC is measures approximately 512 cm in length x 160 cm in width and weighs about 1680 kg.  Overseas transport is via a standard shipping container and ground transport by flatbed truck.  For rental information, contact us at museumcenterpiece@gmail.com or call  Constance Chiu at +1-212-302-9200.